In a field of 156 of the best anglers that collegiate fishing has to offer, the duo of Cole Sands and Conner DiMauro placed 5th at the 2020 FLW National Championship. Qualifying for a national championship alone is quite a feat. To do so in the FLW trail of college fishing, anglers have to place in the top ten percent at one of their three regional events or the college open. Besides the bragging rights of winning a collegiate national championship, at stake was a brand new Phoenix 518 Pro bass boat with a 115-horsepower outboard, and a birth into the Toyota Series Championship. To obtain top honors, the anglers were going to have to overcome a talented field, constantly changing weather conditions and a diverse Harris Chain of Lakes.

Day one of the FLW National Championship on the Harris Chain certainly didn’t disappoint. The consensus from many of the teams during practice was that the chain was fishing tough, yet would kick up some solid bags. With ten bags over 18 pounds and six over 20 pounds on day one, it was safe to say that the Harris Chain was living up to its potential. One of the 20 plus pound bags came from Witch Doctor Tackle pro staff member Cole Sands and his partner. The team caught an early limit worth about 12 pounds to start off the day. Sands relied on a 7’6” MH Voodoo II partnered up with a Gambler Ace and a ¼ ounce weight to do so. The duo then culled up big time when they snatched an 8 pound 5-ounce giant off of a bed using the same setup. A late-day cull off a dock helped push their limit over the 20-pound mark. Sands used a 7’2” MH Surman50G rod partnered with a ½ ounce Jackhammer Chatterbait to winch the fish from under the dock. Weighing in 20 pounds and 1 ounce had them positioned in 6th place going into day number two. With a major cold front moving in, anglers knew that consistency was going to be the key to bringing home the title.

While most weights fell the second day, the duo of Dimauro and Sands wrangled in another solid five-fish limit worth 17 pounds 10 ounces to give them a two-day total of 37-11. The team’s second day started a lot slower than the first with only one 3.5 pounder after the first few hours of fishing. After a quick move to an isolated eelgrass patch, Sands landed their kicker of the day with a 6 plus pound largemouth bass on the 7’2” MH Surman50G rod and a chatterbait. The team proceeded to hop over a few lakes and fill out a limit of solid keeper-sized bass. Their consistency moved them up to 2nd place going into the final day.

Having a significant 5-pound deficit going into the last day of competition, DiMauro and Sands knew that they had to “swing for the fences” if they wanted to bring home the title. The team opted to stay in offshore grass instead of going to their keeper spots in hopes of weighing in a mega bag of fish. Their gamble paid off with one kicker size fish when the team landed a near 7 pounder, but the pattern didn’t hold up as the duo only brought four keepers to the scales. A three day total of 47 pounds and 13 ounces was good enough to land Sands and DiMauro a 5th place finish.

The key to success this week for the Bryan College fishing team of Sands and Dimauro was keeping an open mind. Sands noted that using a 7’2” MH Surman50G rod was crucial for landing all the fish on moving baits. He used that setup to throw a lipless crankbait, chatterbait, and jerkbait. Sands mentioned, “The rod was strong enough to help me rip my bait through the dense vegetation, but at the same time, the glass half of the rod helped keep the fish buttoned when they would make a surge close to the boat. Sands also contributed success to using a 7’6” MH Voodoo II and a 7’ H Voodoo II. He used both rods to flip a Senko on a ¼ ounce weight and would switch between the two depending on how dense the vegetation was.

Placing 5th also qualified Sands to fish the BFL All-American as a Co-angler later this spring. 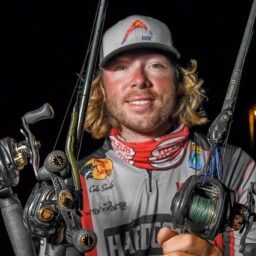 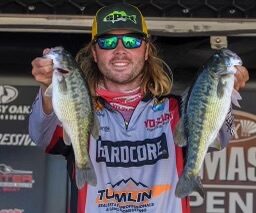 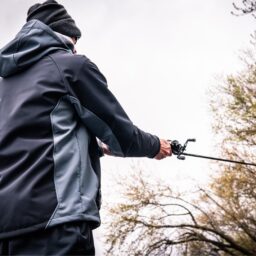 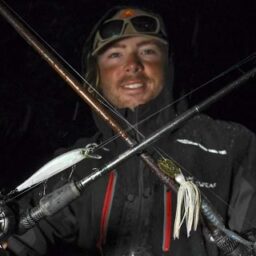 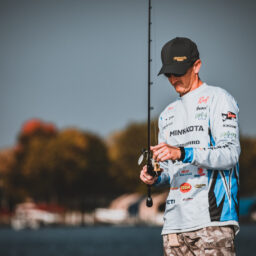