There are many types of anglers; the hardcore, the casual, the weekend warrior, the guy who buys a license and only uses it once a year. Although these anglers all have the same common goal, the way they choose to accomplish it varies greatly.

My grandfather was a firm believer that gear didn’t make the angler, which I can agree with to an extent. But that doesn’t mean when I go out flipping weedlines that I want a Zebco 33 and ultralight spincasting rod in my hand.

There are those who pitch bobbers, or cast split shots with worms, pull up a lawn chair on the beach and fall asleep as they watch their line drift aimlessly with the waves without a care in the world. Then there are those who are up before the sun, making hundreds of pinpoint casts, burning more calories than a cardio session in search of a very specific bite.

Those anglers know that every detail matters, they demand the best out of themselves and their gear refusing to compromise even the slightest because they want no excuse when that moment comes.

So, who are you? I’ve been around the fishing industry since I was born, born into a passion that borderlines obsession. I was wielding a baitcaster by the age of 10, the sole purpose of my first job at age 15 as a grocery store cashier and shelf stocker was to save money for new crankbaits, and you better believe that every single day after I got home from school I was pedaling my bike as fast as I could to the neighborhood pond to get in as many casts as I could before dinner time.

As my passion grew and my skill developed I began to learn more about my equipment and why it was important to have the right tools for the right job. My father ran high end gear, expensive rods and reels. I didn’t have that kind of money of course, but when he let me use his stuff the differences were clear.

Since that time a lot has changed, I’ve been through at least 100 rods from many different brands with prices ranging from $40-$300. Through this process I’ve come to understand that what makes a good rod is subjective and varies from angler to angler, but there is no denying that components make all the difference. 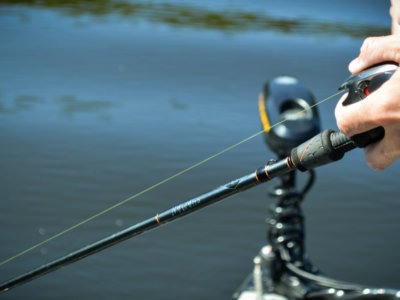 The most important piece of any rod is the blank, the backbone of the rod and your key to feeling every bite. If you do your research you will read about a lot of different way blanks are classified, 30 ton graphite, SCIII Carbon, nano technologies, etc. Many people assume that you want the lightest, most sensitive blank for every application and that simply isn’t the case.

As blanks get lighter and often times more sensitive they use less material, become thinner, therefore more prone to breaking when put under immense stress. On a drop shot rod, it makes sense because the reel and drag take care of most of the play of the fish and take some pressure off the of rod. But when you are flipping and pitching jigs in heavy cover you may want a beefier blank that can handle dragging 8 pounders out of hyacinth mats with the drag on your baitcaster locked down.

There is no one size fits all blank style and that’s one thing I was so impressed with, when picking up Witch Doctor Tackle Rods. The rods are built to take into account what they will be used for, there is no compromise between strength and sensitivity which something most retail rods struggle with. You either get a rod that couldn’t feel a bite and was too cumbersome and heavy to fish with all day; or you get a rod that was extremely lightweight and sensitive, but didn’t have the strength to pull fish out of cover. The blank is the backbone of the rod, the foundation for what sets apart a good rod and a great rod to fish with and this is what most impressed me when first fishing a Witch Doctor rod.

Getting the EVA and Winn handles was a huge difference maker. They don’t absorb the same amounts of dirt and grime and they stayed slip resistant even when wet. Personally I also think they look better, and stand the test of time better than any cork rods I’ve owned. For an area of the rod that you spend all your time holding it’s amazing that so many overlook this important feature.

Finally, understanding the role that your guides play on a rod is something that I never really payed attention to until I started playing with upper end tackle. I had seen guides break and inserts pop out, sometimes before rods were even purchased and it was always kind of a no biggie, I mean what’s the big deal if you lose one guide when you have 8 more on the rod right?

But did you know, guides play a crucial role in a rods performance. They disperse the load on the rod transferring the pressure evenly down the blank, the more guides, the greater the load dispersion. Secondly, the guides reduce the line slapping against the blank, which enhances casting distance and reduces friction. Many companies don’t pay close attention to guide spacing or even how many guides are put on the rod which can cause issues like putting too much pressure on certain sections of the blank and causing blank failures as well as reducing the overall casting performance of the rod and giving the angler less distance and accuracy. 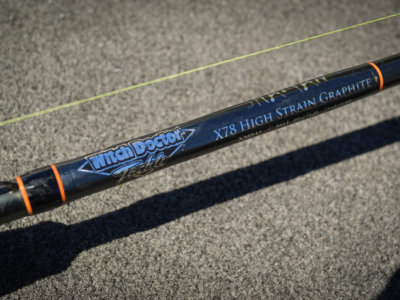 Guide durability is also a major issue, let’s face it, rods get stepped on, shoved in rod lockers, tangled in other rods, thrown on the deck, scratched along the garage wall, and countless other horror stories. All Witch Doctor Tackle Rods are finished with ALPS Recessed Ringed Guides; these guides feature a rolled frame as opposed to the older flanged style frame. The rings are then glued into the rolled recessed cavity, limiting the risk for chipping or popping out. In addition this design protects the front of the guides for added protection when placing the rods into rod lockers, where most damage occurs.

The Witch Doctor uses 416 Stainless Steel double black anodized ringed guides, in both the single and double foot style. For the ultimate in corrosion resistance, we use the solid titanium framed guide with a Zirconia ring. The titanium guides offer the ultimate in lightweight construction and performance. This guide technology in itself was enough to sell me on these rods because I’ve been countless guides out and seen many more pop out on their own after long term use and they can be quite costly to replace.

All in all there’s a lot to consider when you make the first step in the buying process and the options out there are overwhelming. I know that personally, I had to step back and decide what really mattered to me in a fishing rod and what components were most important. It can be easy to be enticed by lower end rods that promise the same performance at a better value, but when you dig deeper you see that the details matter and the components simple aren’t the same.

I need a rod that can handle my aggressive angling style, being on the water 200 days a year, taking repeated abuse, feeling every single bite, and being able to set the hook with confidence.

That’s why once I chose Witch Doctor Tackle there were no other options. 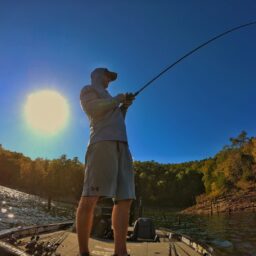 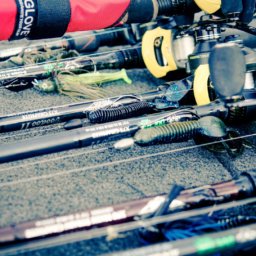 When the Witch Doctor offers up a 25% discount on all the rods in the shop, one may be wondering… 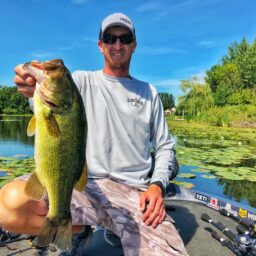 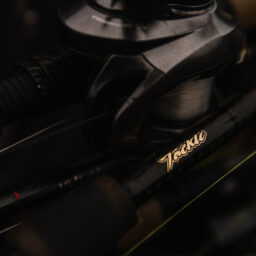